Festival season is coming soon and I had the pleasure to work on some exciting projects that are having their Canadian Premieres at TIFF and VIFF.

Eadweard, which has played at festivals around the world, will be having it’s Canadian Premier at VIFF this year. Working on the Eadweard Muybridge bio pic was a 2014 highlight for me, and I’m excited to finally see it in Vancouver theaters. 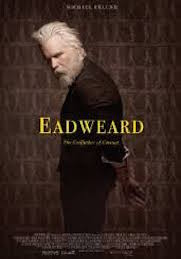 Ninth Floor, the Mina Shum directed documentary that I sound designed earlier this year will be at TIFF 2015. I had the pleasure of working with Mina and re-recording mixer J.P Valiard in Montreal at the legendary NFB theatrical dubbing stage where we mixed the film in Dolby Digital 7.1.

In her first feature-length documentary, director Mina Shum (Double Happiness) takes a penetrating look at the Sir George Williams University riot of February 1969, when a protest against institutional racism snowballed into a 14-day student occupation at the Montreal university.