An exciting summer season is almost complete and Bionic Audio had the opportunity to work on a wide variety of great sound design and mixing projects.

Post audio work has just wrapped on the thriller Numb, directed by Jason Goode and produced by Dylan Jenkinson and Robyn Wiener.

When a couple in financial distress discover a map that promises to lead to stolen gold they must partner with a pair of mysterious hitchhikers to enter the remote winter wilderness to recover the coins. 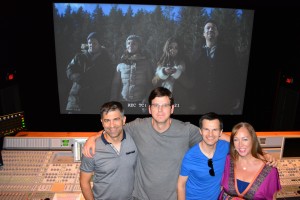 Earlier this summer, I worked on the 6 part web series School of Fish, a dark and gritty ensemble drama written and directed by Mark Lewis. Expected release date is fall 2015.

Jason, a talented actor (who recently quit acting), runs from his girlfriend. Debauchery ensues and Jason’s best friend decides to make a documentary about him. Before long the camera captures truths that Jason would prefer to keep hidden. 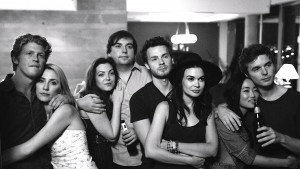 Cast of School of Fish

The Bionic Audio team had our hands full on Asteroid – Final Impact, a disaster TV movie for Marvista Entertainment and Frostbite Pictures. I partnered up with Ryan Thompson to split up the Sound Design work. Gina Mueller handled Dialogue/ADR editing duties. I mixed the project at my home studio, but having recently upgraded to Protools HDX, the mix (even with the huge track count) went incredibly smoothly.

Recently, Bionic Audio has expanded with a Sound Design suite at 2339 Columbia St. Work on the new TV series The Romeo Section will be based there and I’ll be mixing the series with mixing partner Gord Hillier at Western Post.

Also at Western Post, I mixed a new trailer for a limited theatrical re-release of Air Buddies. It was great to be working with the Keystone team again after so many years. 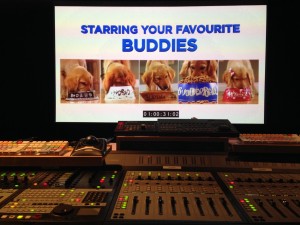 Other projects this summer included Garage Sale Mystery – The Wedding Dress, On Time For Christmas, Perfect Match, Last Resort, and temp sound design work on the upcoming film The Unseen. Final sound work The Unseen will begin in the fall.